Back to Wang Main Page

The LOCI-2 was Wang’s first successful calculator, introduced in 1965 to replace the short-lived LOCI-1. 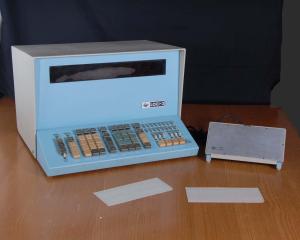 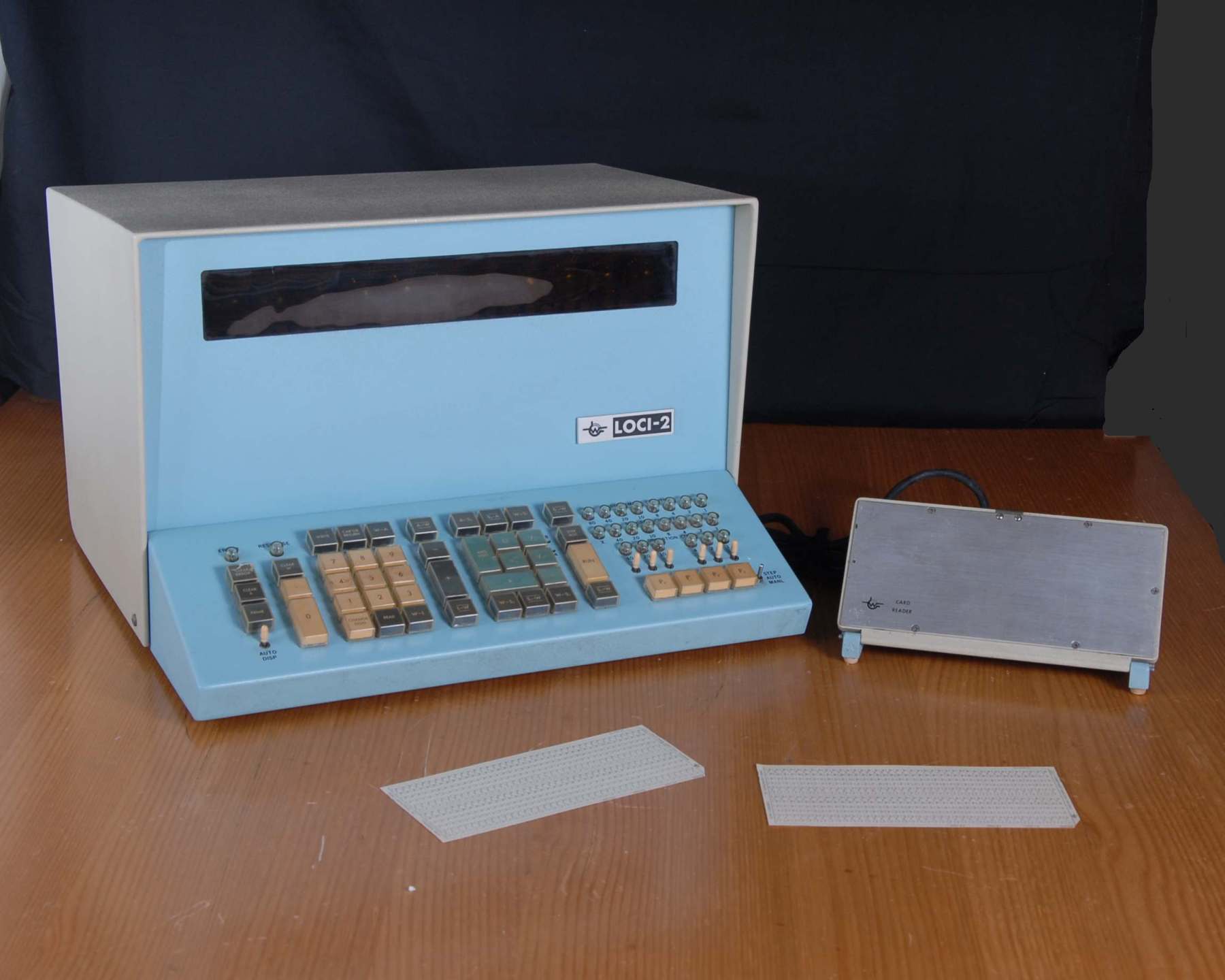 Wang LOCI-2 with card reader
The LOCI-2 is often placed in the group of “first electronic calculators” but this does not do the machine justice as it is very much more than a calculator. Considered from architecture viewpoint, the LOCI-2 is a Harvard-architecture stored-program computer with the remarkable feature for its time of hardware-implemented log and antilog. Dr Wang’s postgraduate work had been in the Harvard Computation lab and he would have been familiar with the Harvard Mark I and its successors, machines that defined the Harvard Architecture. It’s also interesting to note the similarity between the Harvard Mark I’s program ROM on paper tape and the LOCI-2’s program ROM on punched paper cards.

Having recognised the LOCI-2 as a small computer, one can then note that it has integrated user input and display, external removable software libraries and connectors for data input and output - taken together all of these suggest that the LOCI-2 may be better regarded as a contender for the first personal computer, with the other main competitor for this position being the Olivetti 101.

Once recognised as an early computer rather than a calculator, the LOCI’s complex and arcane user interface becomes easier to approach and understand. The elaborate keyboard exposes the LOCI’s computer-like architecture including special function registers, instruction counter register and a loop counting register. In true 1960’s computer style, the registers are given rows of blinky-lights to display their contents and a bank of switches to flip to set their values. The operator is expected to know and understand the internal registers, and to perform operations and move data according to the special attributes of each register, much as a 1960’s mainframe programmer had to be intimately familiar with the internal workings of their machine. Like a computer of the 1960s, the LOCI-2’s software was recorded on punched cards. 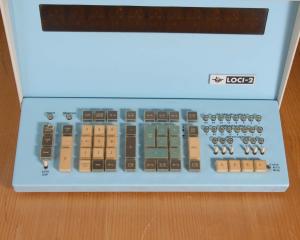 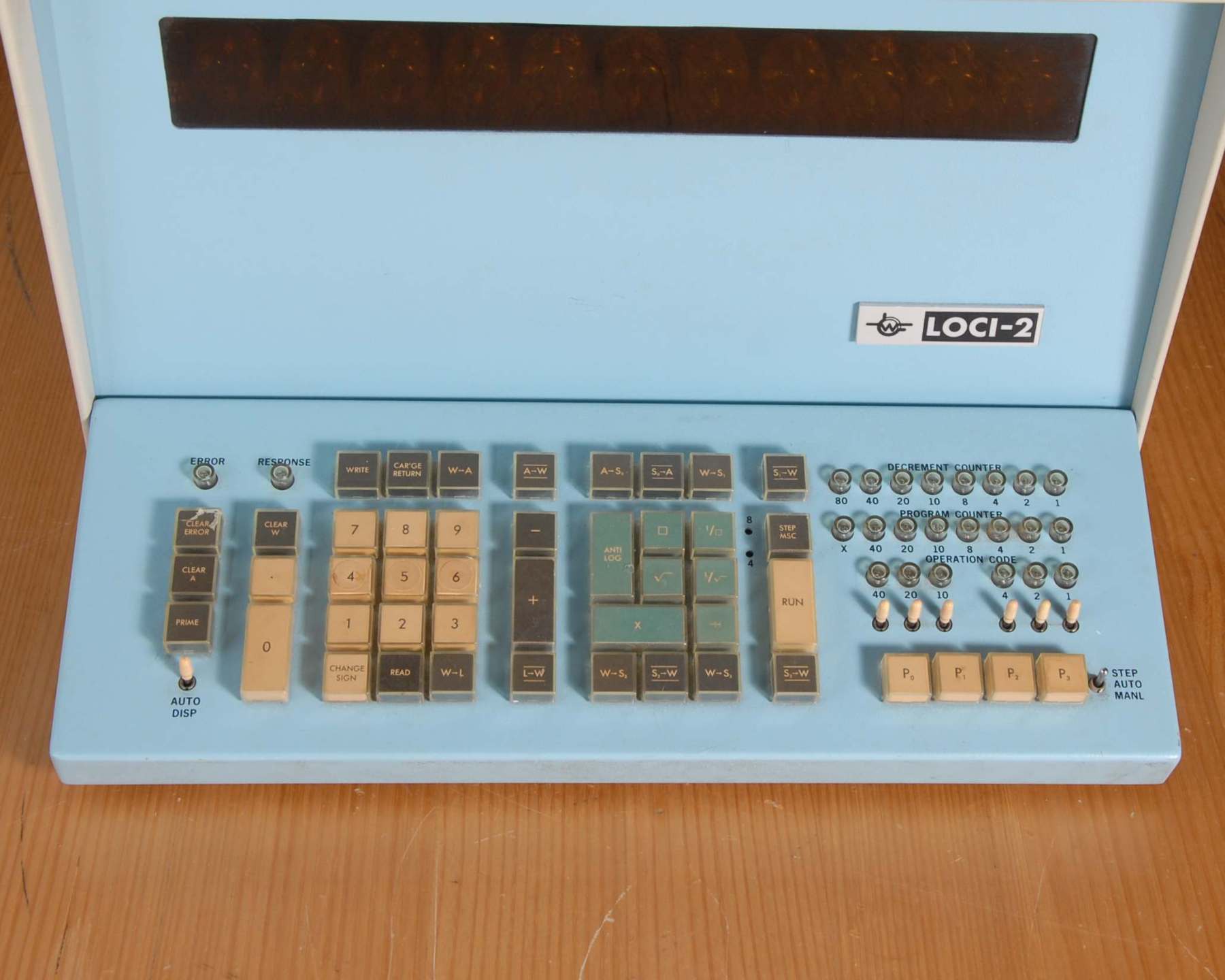 Wang LOCI-2 keyboard
A copy of an original LOCI-2 User Manual may be found in the Wang Data section and this is the best way to understand how the machine was used. It is also intersting to see that the manual contains a series of hardware test routines, just like those commonly used with large computers in the 1960s.

The LOCI-2’s instruction set is similar to early 1960s computers in that it has basic transfer, arithmetic, test and branch instructions. It lacks Boolean operators and logical shift functions but this is more than compensated by its hardware logarithmic functions, which allow multiplication, division, roots and exponents to be quickly and with trivial amounts of code compared with even the largest computers of the 1960s. The logarithmic abilities set the LOCI-2 apart from almost all other computers of the 1960s and were surely the key to its success and its relatively long life in the market.

The power of the LOCI as a small personal computer is well-illustrated by the series of Wang Application notes that can be found in the Data section. Differential equations, regression analysis, integration, interpolation, random number generation and statistical analysis are all illustrated in these notes and it is very interesting to see original coding sheets that show exactly how the machine was used in the 1960s.