Back to Wang Main Page

The 700 series was released in late 1969 as Wang’s next generation of advanced calculator. 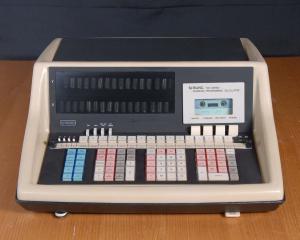 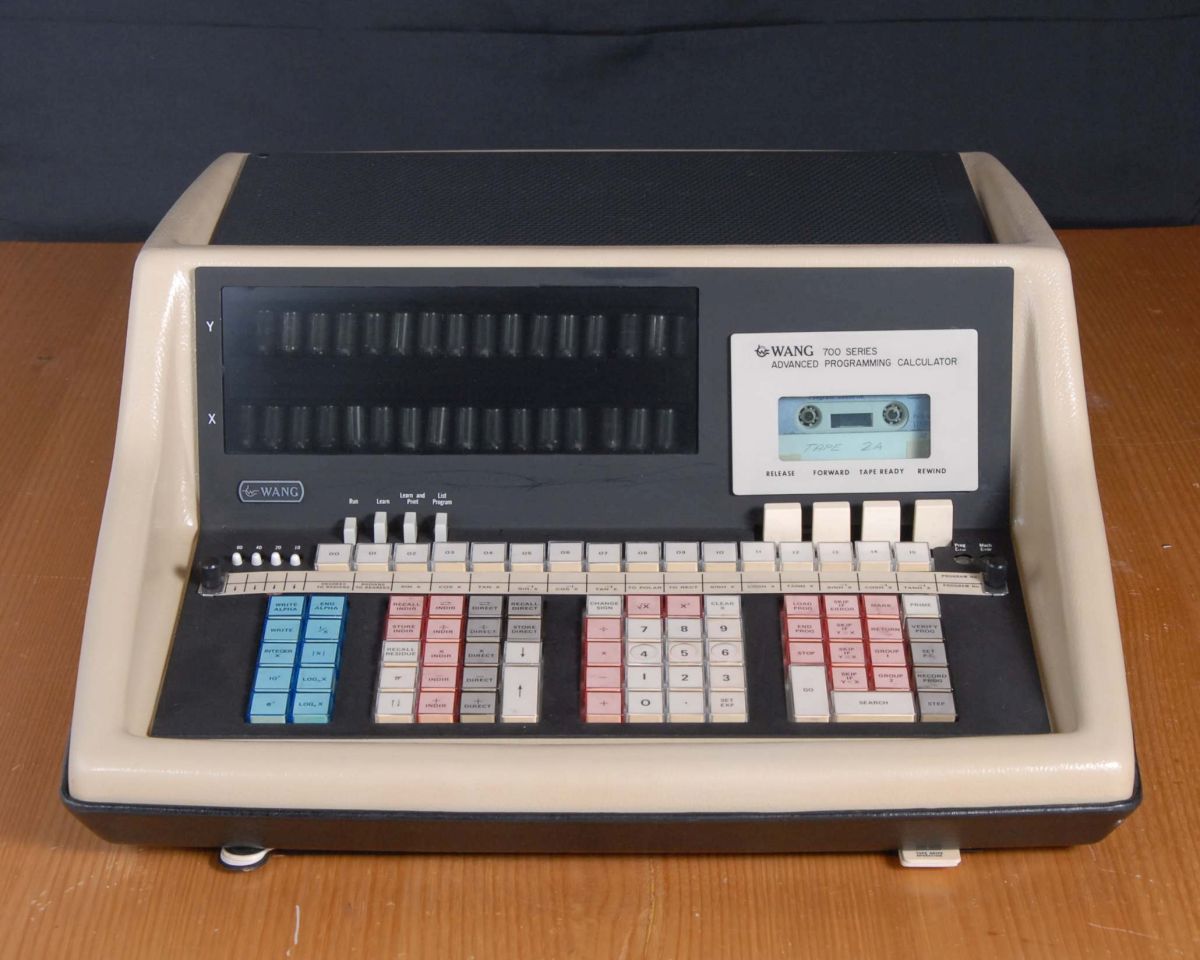 Its core distinguishing features were

The 700 series was a great advance over the 300 series but its design and production was actually an effort to catch up with Hewlett Packard, whose HP9100 which had been released in 1968 and had seriously damaged Wang’s dominance of the high-end calculator market.

The 700 series user interface was an improvement over the 300 series but still could be uncompromising and somewhat obscure, in the Wang tradition. While many basic functions operated in an intuitive and conventional manner, uncompromising Wang obscurity returns once storage must be addressed - storage addresses are formed by flipping switches to preset them according to binary addition and then adding the numeric value of whichever keyboard key is pressed. This part of the interface goes right back to the LOCI machines of the early 1960s.

The most important advance of the 700 series is programmability, with loop and branch constructions. The tape drive made it possible for software libraries to be developed and distributed.

It is also interesting to see the return of interface connectors, similar to the original LOCI machines. Hard copy output to a typewriter or plotter was of general use while data input/output facilities allowed the 700 machines to be used for data acquisition, processing and control.

The 700 Series Operator’s Manual is available in the Wang Data pages.