Back to Olympia Main Page 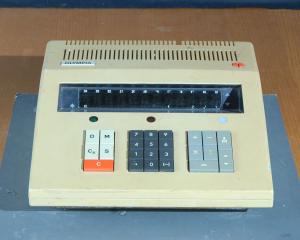 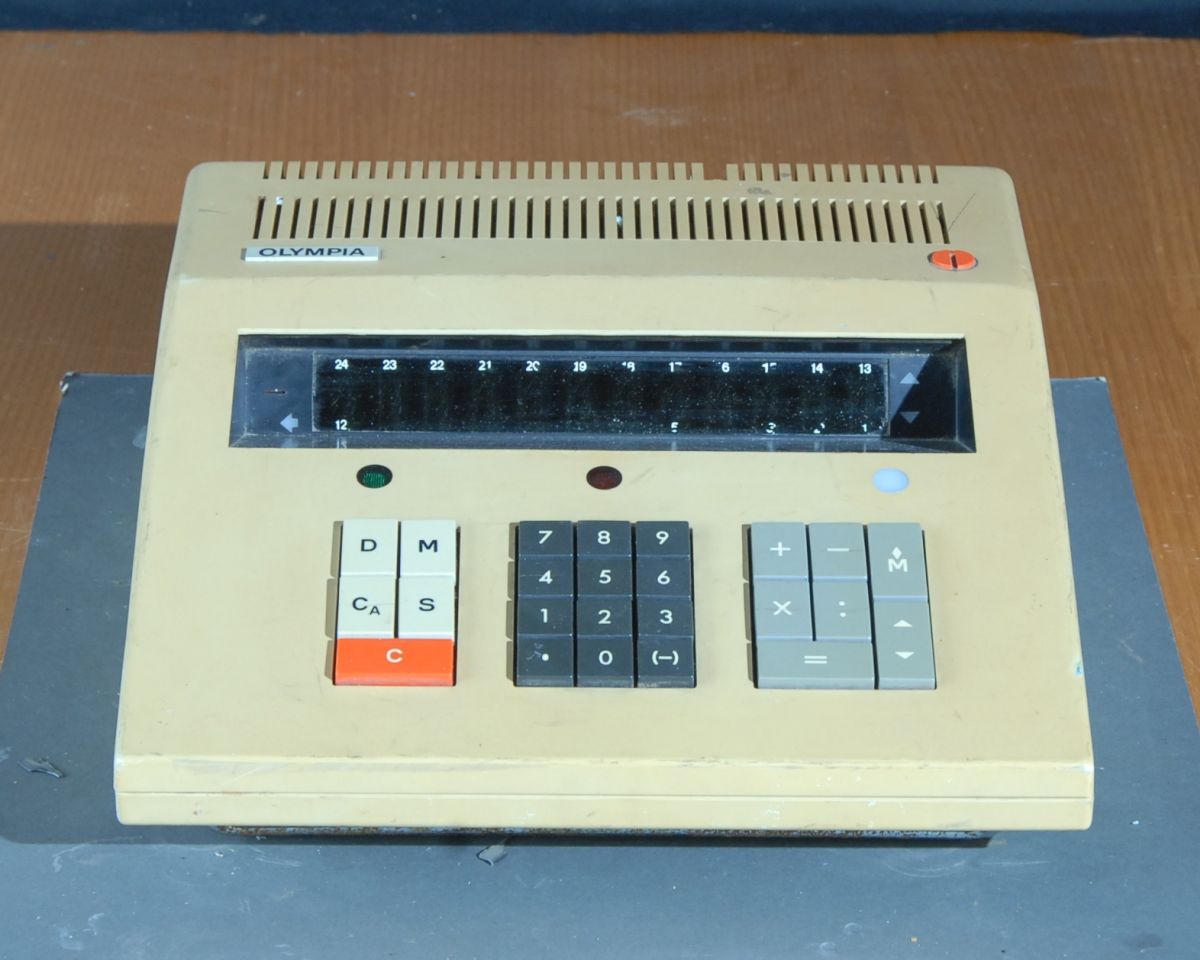 Olympia ICR 412
The ICR-412 is a second-generation all-SSI IC machine.

Although it is badged as an Olympia, internal examination shows that the circuit boards bear the Japanese language Nashonaru logo, indicating manufacture by Matsushita in Japan. It appears that while Olympia designed and built their own first-generation all-transistor machines, all of their later machines were sourced from Japan under OEM arrangements and then sold under the Olympia brand.

The SSI ICs are from the DTL logic family, made in America by Philco and have date codes from 1969. This is consistent with the period in the late 1960s when Japanese electronic design and production had advanced but Japanese silicon fabrication skills still lagged, requiring that American ICs be imported to build Japanese designs. This situation of course did not last very long.