Back to Monroe Main Page 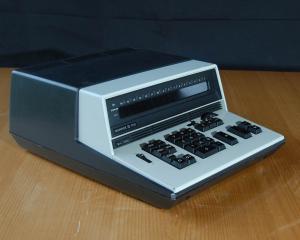 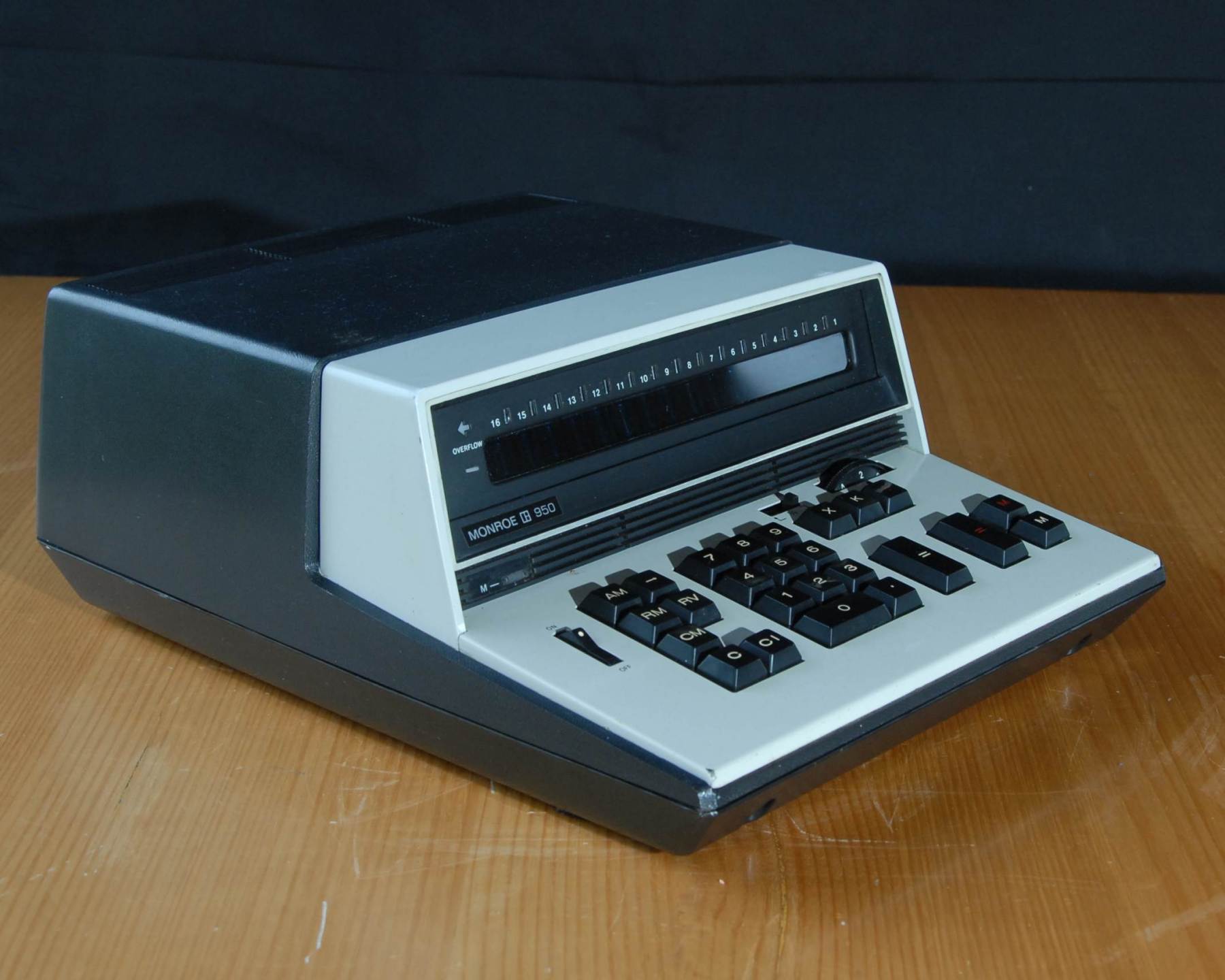 It was designed and produced in Japan by Canon using small-scale integration ICs and wire delay-line memory. It is an improved version of the Canon 141 and date codes suggest that this machine was built in 1970. The memory with accumulation mode, flexible round-off settings and the digit grouping lamps mark it as quite an advanced second-generation machine. It is well designed logically, with no major vices.

The 950 has power-on reset. It is fixed decimal with the number of places set on a thumbwheel. A three-position switch sets round-up/truncate/round-down to be used when decimal digits are trimmed to comply with the decimal place setting. An unusual set of neon lamps above the display separates the whole number part into groups of three digits, for easier reading.

The entry register can be separately cleared with the “CI” key and a “right arrow” key allows digits to be erased one by one from the entry register. This handy function was very uncommon in second-generation machines. The 950 uses arithmetic entry logic, combined with adding machine style “plus equals” and “minus equals” keys.

Negative values are displayed conventionally with the “-” lamp illuminated. Negative values are entered as above, with the minus-equals key. There is no sign change key, to change the sign of an operand it must be explicitly multiplied by -1.Negative numbers are handled with correct arithmetic rules but the “minus zero” quirk exists as described below.

The single memory can be added to or subtracted from with the white or red M keys. RM recalls and preserves the memory while CM clears it. The AM key is press-on and press-off. When on it causes addition of each calculation result to the memory, this is very handy for grand totals, sums of squares etc.

Overflow detection is robust and the machine will lock with an Overflow indicator if digits are lost from the left end. If the decimal selection is changed before the equals key is pressed then the result will use the new setting and this can allow overflow to be avoided.

The “Minus Zero” quirk has no effect on results but allows either a positive or a negative zero to be displayed, for example:

Division by zero is not trapped and results in an endless loop that requires the C key to break out.

Division cannot be performed if the left-most digit is not zero but this is trapped and Overflow is signalled, again requiring the C key to reset.