Back to IME Main Page 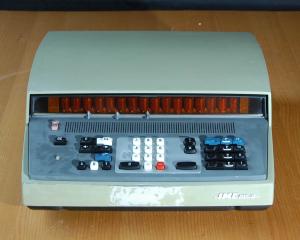 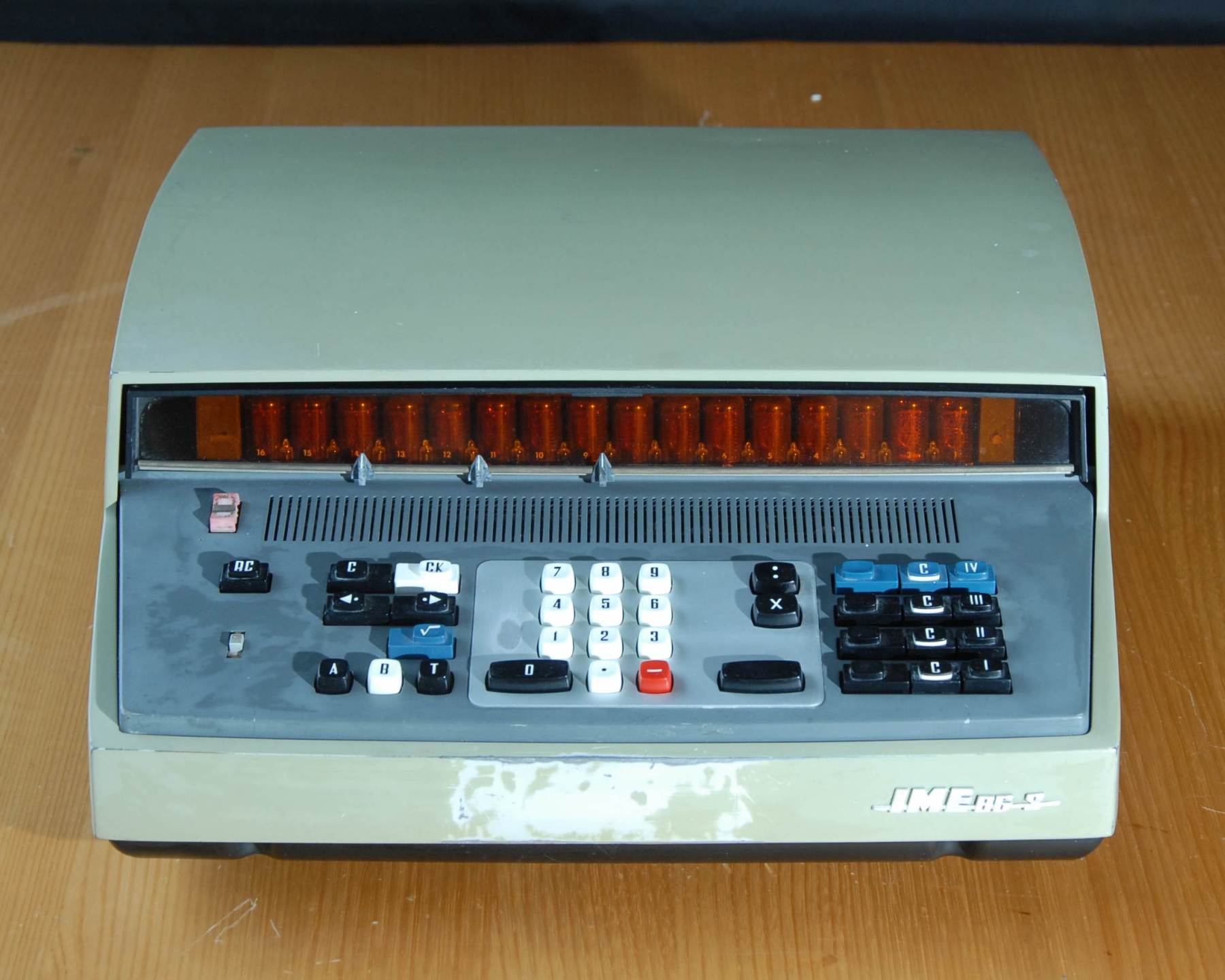 It has 16 digits of capacity with fixed user-selectable decimal point. Four arithmetic functions plus square root. Four data memories, one of which can automatically accumulate operation count or multipliers. The accumulation function is quite a sophisticated capability for a first-generation machine.

An interface plug at the back of the machine allows it to be connected to a wide range of peripherals including additional keyboards, constant boxes, programmers and printers. This is one of the defining features of the IME range and Massimo Rinaldi was the first calculator designer to appreciate the potential of peripheral devices.

The IME 86 is a stylish machine and the entire IME range showed an appreciation for industrial design and styling. It is low, sleek and quite compact in comparison to its Friden and Sharp contemporaries. Its modernism is understated and fifty years later it still does not look outdated.

The IME 86 S has a unique and well thought out user interface and is remarkably free from quirks and bugs. The user interface is unconventional by modern standards but this is related to its first-generation design, when the 10-key keyboard was new and the conventions for its use were not yet established.

The user interface is based around three internal calculation registers, each of which can be brought onto the display by pressing its corresponding key:

Four-function arithmetic is performed by entering a number and pressing the unmarked large black key to add it to the T register. If the red “-” is pressed after entering a number then it becomes negative and pressing the large black key performs subtraction from the T register, by adding a negative number. The result of addition or subtraction is not displayed after the black key is pressed, but an immediate second press will bring the result into the display.

A complete description of arithmetic is in the User Manual, in the Data section.

The machine is fixed decimal point, user-specified at any place in the 16-digit display. All registers share the same decimal point setting. Additional digits to the right are automatically discarded with automatic rounding of the final displayed digit. Overflow of the integral part to the left is automatically detected and an error is indicated.

Four memory registers are provided, each can be individually cleared, displayed or added to. Memory 4 has two special modes: automatic counting of the number of arithmetic operations or automatic summing of all multiplier operands. Further operating instructions and examples may be found in the User Manual, in the Data section.

The IME 86 S is remarkable for a first generation machine as it is essentially free from errors and quirks. One may contrast the Casio AL-1000 which is riddled with traps for the unwary operator.

The IME 86 shares the quirk of many first generation machines where division cannot be performed if the extreme left digit of the divisor is not zero, however the IME 86 detects this condition and raises an error whereas most other machies simply proceed and either lockup or produce an incorrect result.