Back to HP Main Page 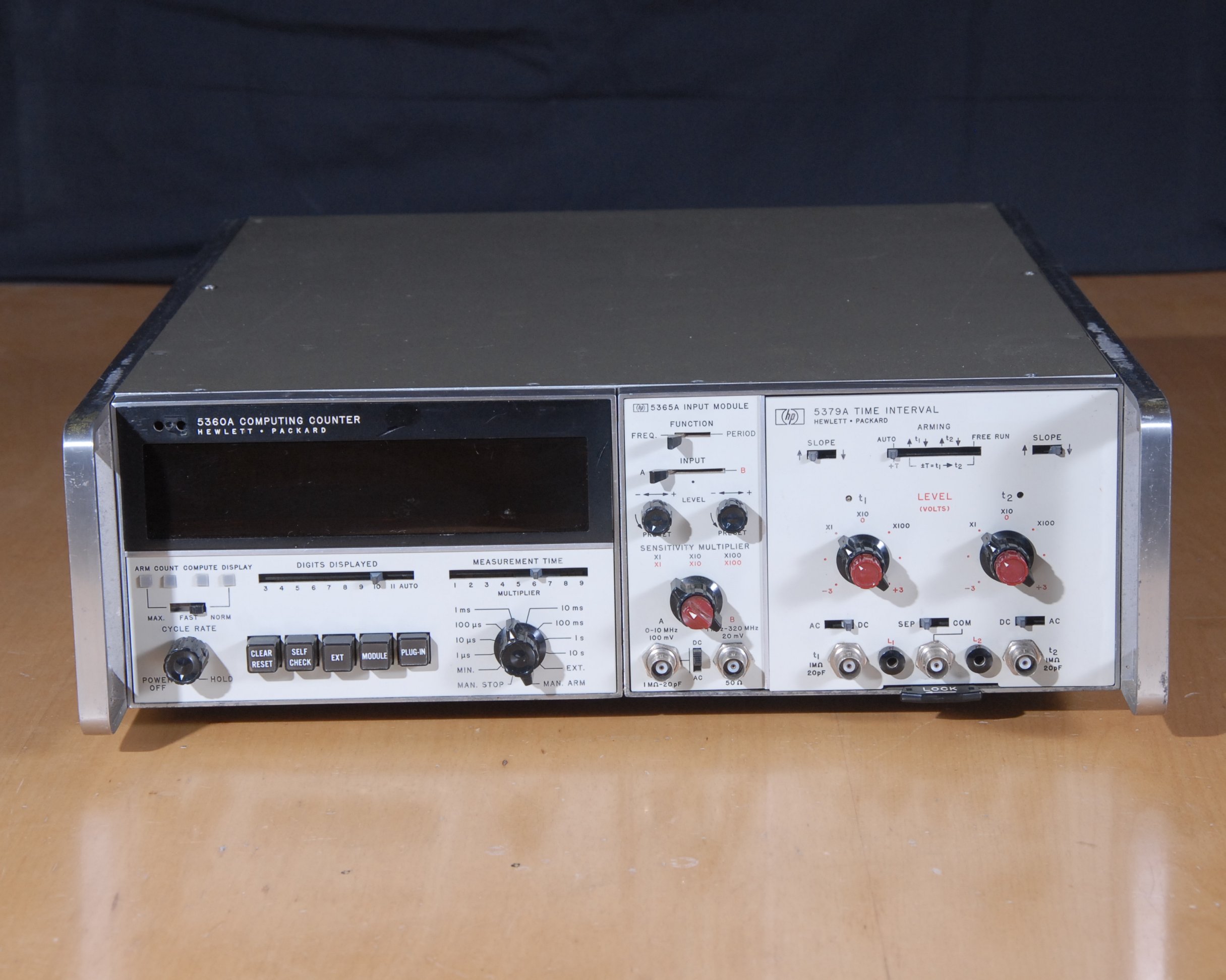 HP 5360A Computing Counter
The 5360A dates from HP’s Golden Era, when HP’s engineers were building the most advanced equipment, with the best materials, to the highest standards. The 5360 weighs over 25kg and is constructed in a no-expense-spared manner. The list price in 1969 for an entry level specification was $6600, when a Ford pickup was under $3000. It is clear that there was an ample budget for the best material and construction.

The 5360A followed on from a line of HP Frequency Counters but was a major leap in range and resolution, this being achieved by combining two significant technical advances:

The 5360A must have been a most impressive instrument in its day. To give just one example, the original service manual states that when correctly adjusted it should have stability over a 24-hour period of better than 5 parts in 10,000,000,000.

The instrument is built in a modular fashion with a mainframe, a fixed module and a removable (‘plug-in’) module 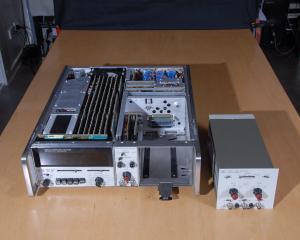 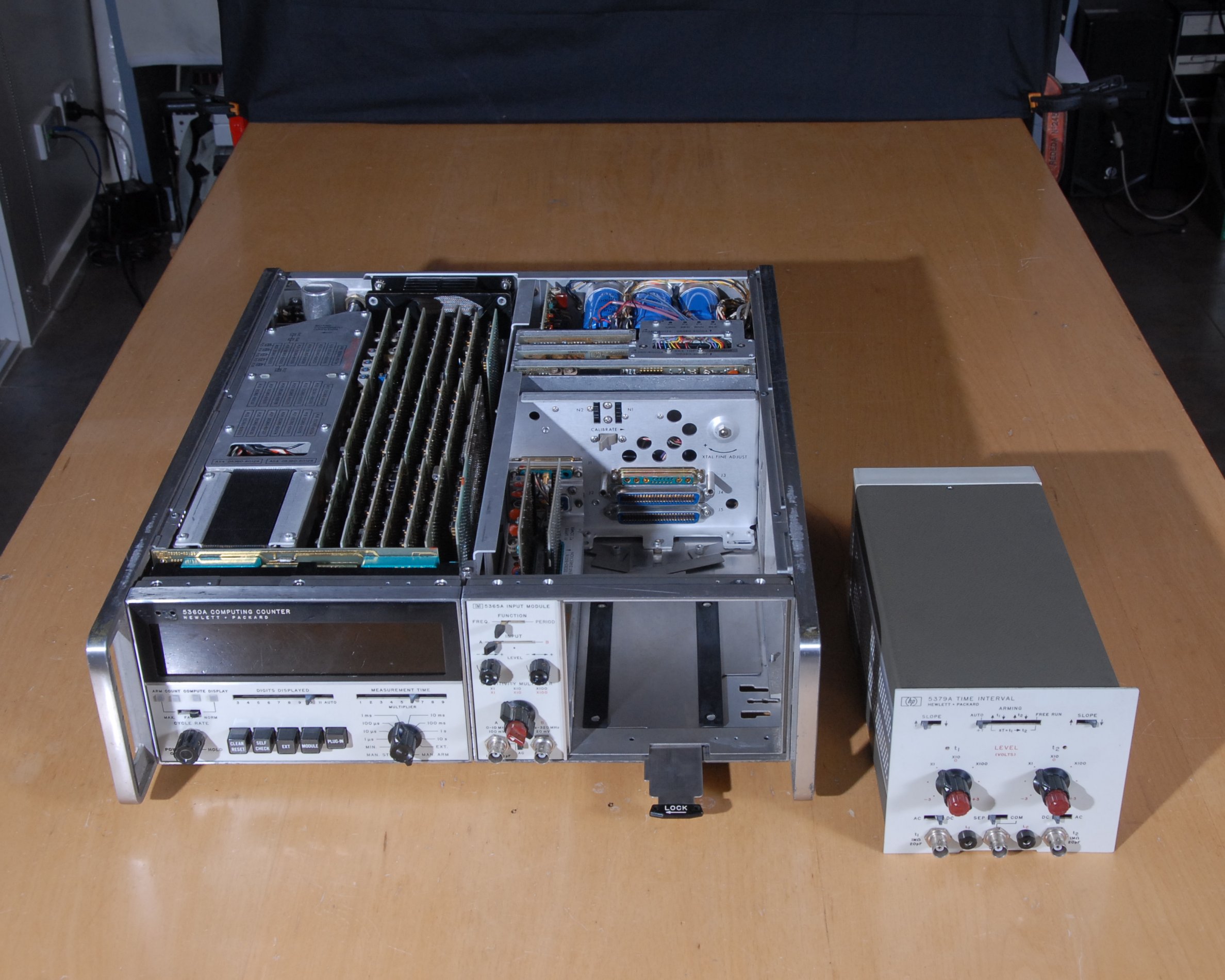 The mainframe consists of power supply, oven-controlled crystal reference oscillator, analogue measurement frontend, digital measurement stage, calculation engine and display. A ROM in the mainframe holds test and calibration routines but no measurements can be made by the mainframe because it lacks any input stages. These must be provided by modules that are plugged into the mainframe’s module bay.

5365A Fixed Module - Frequency or Period

The 5365A provides two input channels, one rated at 1-10Mhz and the other 1-320Mhz. This module is semi-permanent, it can only be changed with tools after removing covers. It provides input buffering and has a ROM that takes control of the mainframe when the ‘Module’ button is pressed. The instructions in this ROM read the module inputs, process the readings and display the results, in this case being frequency or period measurements.

This module provides two inputs and can measure durations and time relations between the two inputs. This module can be unlatched, removed and replaced with another that may have a different function. Plug-in modules contain their own ROM which takes control when the ‘Plug-In’ button is pressed. In this case the mainframe will display time intervals as determined by the settings and module inputs. 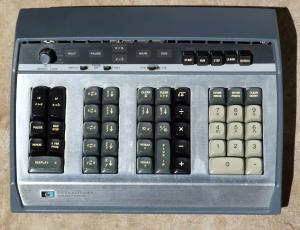 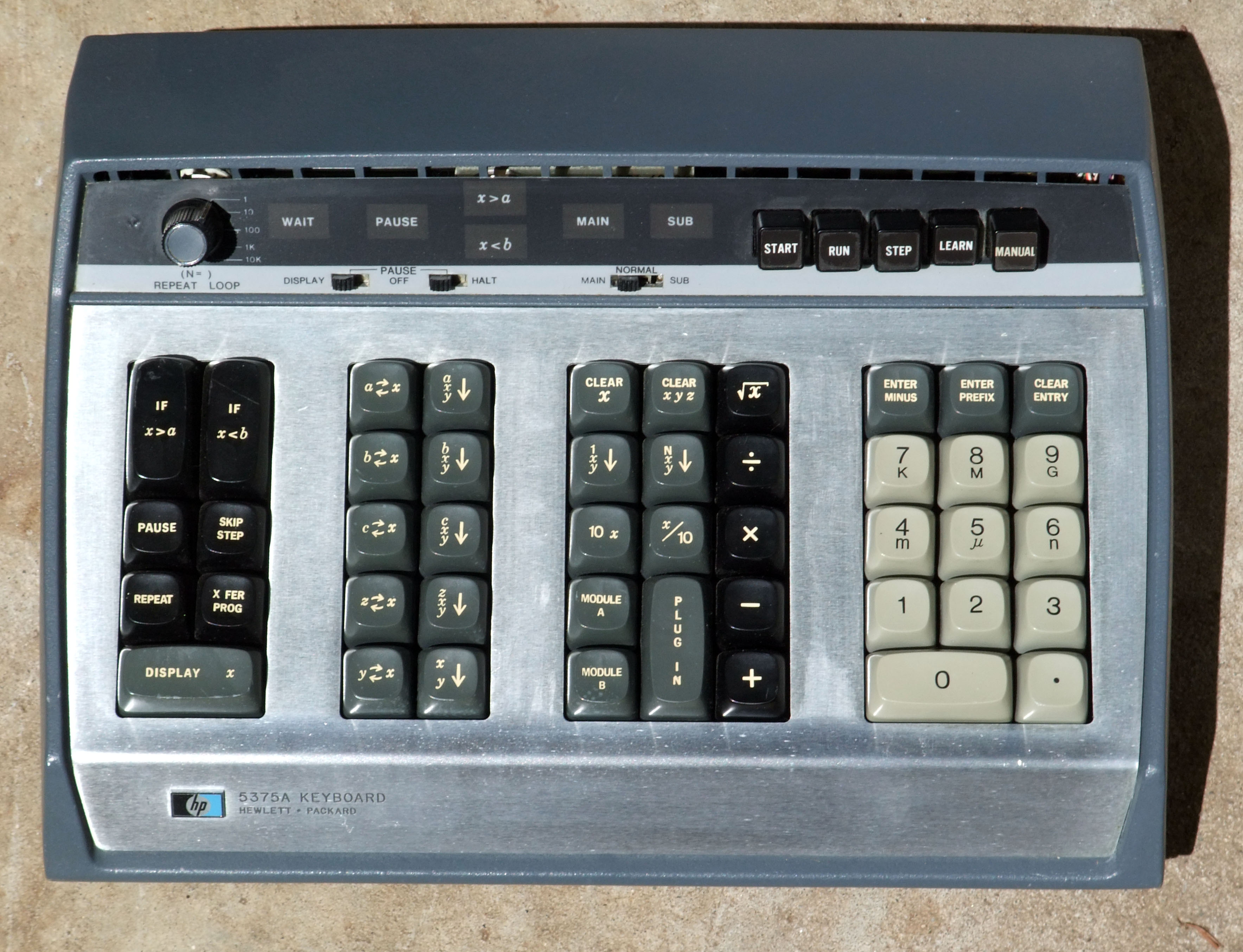 Since the 5360A contained a digital calculation engine it was an obvious step to make this available to the user for general calculation. In the 1960s any form of automatic desktop calculator would have been very valuable.

This keyboard allowed the counter to be used as a desk calculator. Two 16-step programs could be stored and these could use test, branch, jump and subroutine call constructions.

5376A Programmer and IO Interface

The 5376A programmer provided added program storage, digital input/output and analogue outputs. With a program on puched card or in diode ROM the 5360A + 5376A could be used as a process control system. See the HP Journals in the Data section for detailed examples of this type of application.

THe 10538A was a module with a diode matrix ROM that could be plugged into the rear interface. Pressing the ‘EXT’ button on the mainframe would run the program in the ROM, allowing easy access to commonly used data processing or data reduction routines.

The 5360A was a very expensive instrument and probably did not sell in large numbers but it appears to have been long-lived, being replaced by the 5370A Counter in 1978, ten years after first release.