Back to Friden Main Page 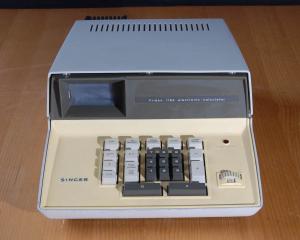 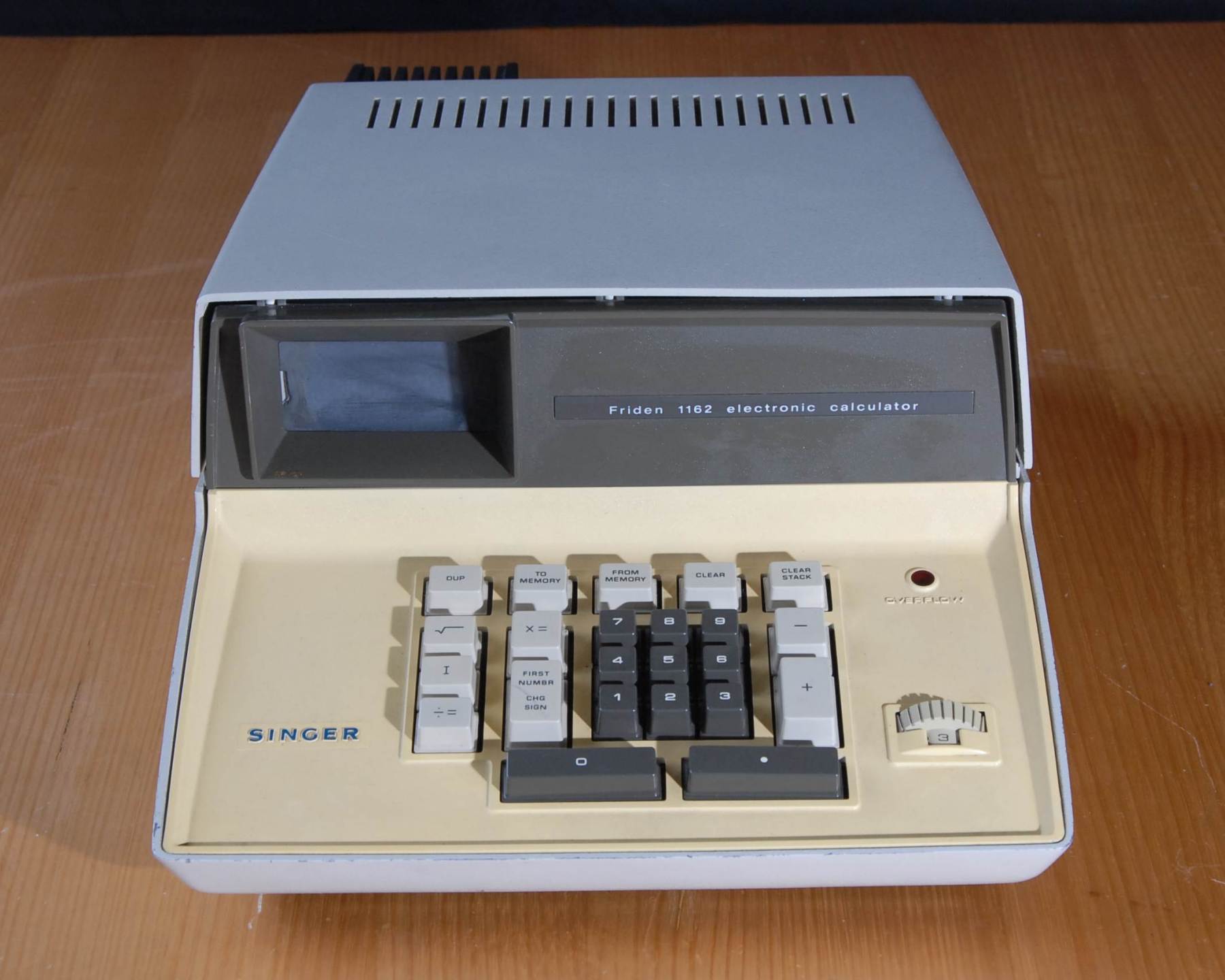 Friden 1162
The Friden 1162 is part of a family of machines that carried on the architecture of the EC-130 while implementing it with newer technology. These machines retained the general appearance of the EC-130 family and were built with similar construction methods and layout to the EC-130.

The 1162 is very similar in appearance and function to the square root capable EC-132. Its major distinction is that it is constructed with SSI integrated circuits. Otherwise it retains the EC-132’s CRT display, magnetostrictive delay line memory and serial, counter-based architecture.

The 1162 but uses a smaller (and cheaper) display tube, this display only has room to display the two bottom registers of the 4-level calculation stack. The display has been moved to the left side of the chassis but the chassis layout is otherwise almost the same as the 132, even to the extent of a similar but scaled-down rear heatsink casting that swings down in the same manner as the 132. The keyboard still uses mechanical encoding.

The 1162 resulted from continued development of the EC-130 series and a number of patents were issued for these developments (see the Friden Data section). Fundamentally however the serial, counter-based architecture was unsuited to continued development and could not remain competitive with other machines of the late 1960s. Friden’s next machines were developed externally and the groundbreaking EC-130 architecture was abandoned as it became a technology dead end.