Back to Burroughs Main Page 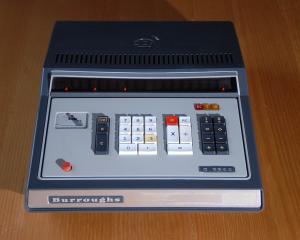 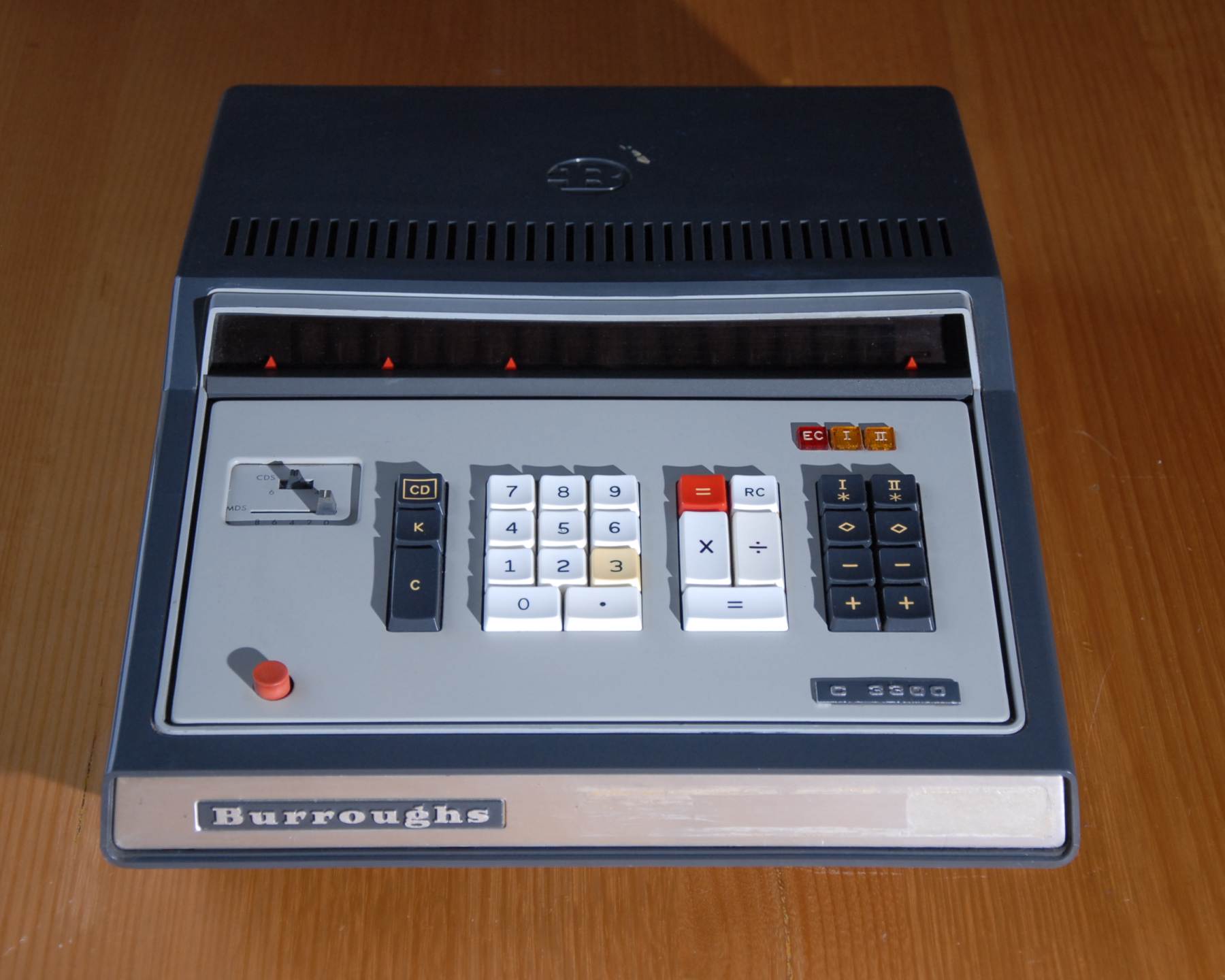 Burroughs C3300
The Burroughs 3300 is a Japanese designed and built machine, by Hayakawa Electric Company (better known for its Sharp brand name).

It is a 4-function, 2-memory machine. It uses the semi-arithmetic input logic common in early generation machines where there is a (white) “plus-equals” key and a (red) “minus-equals” key. Input values were formed on the keyboard and then either added to or subtracted from the running total according to which equals key was pressed. This style of input was carried over from mechanical calculators but was gradually replaced by four operation keys, a sign-change key and a single equals key.

The two memories have mechanical adding-machine style keys for adding to memory, subtracting from memory, recalling a subtotal (preserving the memory) or recalling a total and clearing the memory.

There is an interesting connector available under a snap-out plate on the base. It appears to be a testing and service port only, as the position would be inconvenient for peripheral interfacing.